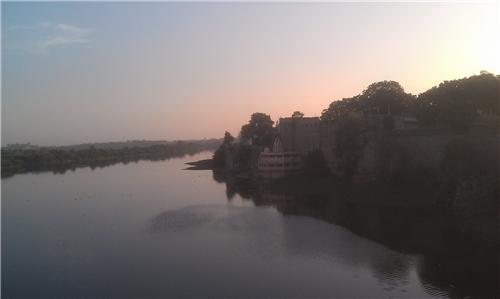 It is true that the known history of Morbi begins only in 1698; but a civilization existed in this region long before Kalyanji established his capital here. It is to be noted that, Saurashtra, of which Morbi is an important part, has a very ancient history dating back to the Harappan Civilization. The region has been mentioned in the Indian epic of Mahabharata as Saurashtrene. Morbi, located in the heart of this region, is a proud inheritor of this legacy.

The people and the language of Morbi

Before we look into the different aspect of the cultural heritage of Morbi, we should look at the people who reside here. Saurashtra, made up of many small city states, underwent a prolonged period of turbulence and this has left a deep impression on the character of the people of Morbi. People of this region are very brave, warlike, adventurous and enterprising. In addition, they are also very adept in trade and industry. That is why we find so many industrial units located in around this small city. Moreover, repeated disasters have not been able to dampen the spirit of the people. Each time, they have fought back and regained their position.

It is true that the people of Morbi had to fight hard to earn their position. However, it does not mean that they are devoid of finer sense such as art and culture. Contrarily, thanks to the patronage of the Jadeja kings, Morbi has developed into a center of excellence with a strong and vibrant culture.

The official language spoken here is Gujarati, but a dialect known as Kathiyawadi is also popular in this region. Although there is a difference in the vocabulary, Kathiyawadi differs from Gujarati mainly in its pronunciation. For example, the ‘e’ in Gujarati is invariably replaced by ‘aa’ in Kathiyawadi.

Factors that influenced the cultural heritage of Morbi

As in rest of the world, many groups have contributed to the cultural heritage of Morbi. Among them, the role played by Hindu mythologies and beliefs must come first. Garba and Dandiya Ras dances owe their origin to them. The visual art in Morbi on the other hand are much influenced by Jain culture. Besides, the different historical buildings owe their origin to a fusion of Rajasthani, Mughal and British architectural heritage.

As in rest of Gujarat Garba and Dandiya are two main dance form of this region. Traditionally Garba was a spiritual dance performed around a lamp or an image of Mother Amba. Incidentally, the word Garba has been derived from Garva, meaning womb, which depicts Mother Goddess. Dandiya on the other hand, was performed mainly by men, who depicted scenes from the life of Lord Krishna through their dance. Today, however, these dance forms have merged together to produce a modern high-energy dance. The songs, which accompany such dances, honor both these deity.

The influence of modern dances is also quite significant in the culture of Morbi. For example, Dance Junction at Purva Complex on Ravapar Road teaches modern dances such as Salsa, Hip-Hop and Free Style to its student. If you are interested you can call them at 94273-80562. 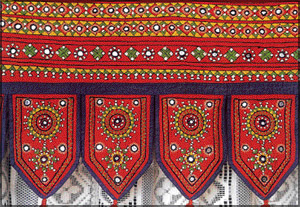 Like the rest of Saurashtra, Morbi too has a rich heritage in art and craft. People in this region can create wonders with thread and needle. This particular art form is known as Kathipa. According to heresy, it had been introduced by women, who had followed Lord Krishna to this region after being freed from the grasp of demons by him. Silk floss darning combined with herringbone and chain stitches constitutes this style of embroidery. Today, it has wide applications. One can see such artworks, not only on traditional dresses, but also on modern dresses, decorative objects, torans etc.

The art of applique is also used extensively by the women of this region. The method is used to portray not only birds, animals or flowers on pieces of fabrics, but also scenes from great epic Ramayana, modern day objects like clocks and watches. Wood and ceramic are two other mediums of self expression for the artisans of this region. They use these mediums to create wonderful pieces of art.

People of Morbi celebrate different kinds of festivals throughout the year. Among them we can name
Holi, Raksh-bandhan, Janmashtami, Navaratri, Diwali etc.  On the Makar Sankranti day, kites are flown from dawn to dusk. Apart from that, Muslim and Christian festivals are also held with gaiety.