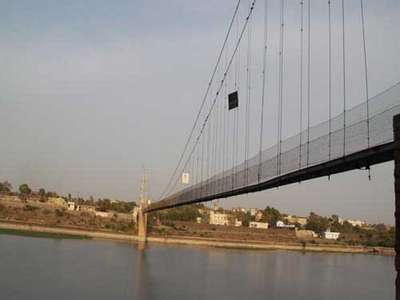 Elevation and Soil Condition in Morbi

Morbi, which falls under the coastal low land area, has an average elevation of 54 meter (or 177 feet) above the sea level. It has a more or less a flat terrain. The soil here is black and semi arid.

Climatic Condition and Rainfall in Morbi

Climatic condition in this region is healthy, but dry. The summers are hot with temperature reaching up to 44 degree Celsius. The hottest month is May while January is the coldest month. The winder is generally mild; the lowest temperature vacillates around 10 to 11 degree Celsius. However, in some years, it has also known to reach 6 degree Celsius.

Although some parts of the district may experience famine like condition in general, Morbi has average rainfall in the monsoon. The rainy season generally starts in the month of June and ends in September. The area experiences the highest rainfall in July. One may also experience occasional shower in October and November.

Machchu is the only major river, which flows through this district. This river, which is also known as Machhu, rises from the Madla hills near Jasdan in Rajkot district. It then flows northward for 130 Km and finally empties in the Rann of Kutch. The river has a catchment area of 2515 Sq Km.  It has many tributaries. Among them Jamburee, Benia, Machchori and Maha meet the Machchu river from the right side while Betti and Asoi are its left bank tributaries. Morbi city is located on the bank of this river.

To harness its water two dams have been built across Machchu River. Both of these dams are located in the Morbi district. Among them Machchu 1 is located near Jalsika village in Wankara taluka. It has a catchment area of 735 sq km and has a gross holding capacity of 72.7 cubic millimeter of water.

Machhu 2 dam is located near Jodhpur village in Morbi taluka at 103 km from the river source of the river. It is only 9 Km away from Morbi city. The total catchment area of the dam is 1928 sq km and the gross storage capacity is 100.41 cubic millimeter. The dam has been built mainly for flood control and irrigation purpose. It also supplies drinking water to Morbi city.

Morbi City at a glance

Geographical coordination of the city is 22.49 degree East (longitude) and 70.50 degree North (latitude). It is a big city spreading over an area of 12.5 million hector. Here too the terrain is more or less flat. Its black soil has encouraged grown of ceramic industries in the vicinity.

Explore more about Geography of Morbi